Call for rapid increase in Build to Rent in the UK 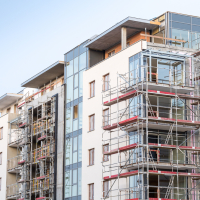 Britain has a shortage of affordable homes to rent with rent paid by tenants more than double the total mortgage interest being paid by home owners for the first time ever.

Rising numbers of renters are therefore unable to access home ownership and low interest rate payments are benefiting those who can afford to buy a home, according to new research from real estate adviser Savills.

Renters are now paying over £54 billion in rent to private landlords across Britain, more than twice the £26.5 billion mortgage interest paid by owner occupiers, a figure which excludes capital repayments being made on mortgages.

The total private rental bill has risen by £14 billion over the past five years, a rise of 35% while the number of homes in the private rented sector have risen just 21%, the research also shows.

The report reveals that the increase in private rental bills has been greatest in London, where stretched affordability and constrained mortgage lending, has prevented more aspiring home owners accessing the market, creating greater competition for homes to rent.

Here, the total rental bill has risen by 42% over the past five years to over £20 billion and now accounts for 35% of the total private rent bill and almost four times the total mortgage interest paid by owner occupiers in London.

It also points out that rental need is growing rapidly as the housing market becomes less accessible due to house price growth and lending constraints. This is particularly impacting younger households, with those under the age of 35 now paying some 44% of the total rent bill, equivalent to 4.5 times the mortgage interest paid by this cohort.

‘It is widely accepted that the solution to the affordability crisis in home ownership is to build many more homes. The same is true in the private rented sector,’ said Lucian Cook, Savills head of residential research.

He pointed out that a Savills analysis for the British Property Federation shows that there are now almost 100,000 Build to Rent homes under construction or in planning across the UK, up from 48,000 last year. ‘This is real progress, but we need policy that encourages the rapid expansion of Build to Rent,’ he added.