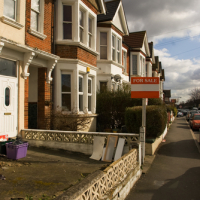 Some 134,558 properties have been bought in England with the Government’s Help to Buy equity loan scheme since it was introduced in April 2013, most sold to first time buyers, the latest official figures show.

The total value of these equity loans was £6.72 billion, with the value of the properties sold under the scheme totalling £32.37 billion, according to the data published by the Department of Communities and Local Government (DCLG).

Most of the homes, some 81%, were bought by first time buyers and the mean purchase price of a property bought under the scheme was £240,530, compared with a mean equity loan of £49,963.

For the Help to Buy: NewBuy scheme 5,694 house purchases were made since the launch of the scheme in March 2012. There were no new transactions in the second quarter of 2017 due to the scheme closing to new mortgage offers on 08 March 2015.

The property type most frequently sold under the scheme was semi-detached houses, representing 31% of total completions, followed closely by detached properties at 30% while terraced properties and flats made up 24% and 15% of completions respectively.

Most completions under the Help to Buy Equity Loan scheme were made by purchasers with a deposit of up to 5%, accounting for 63% of completions for first time buyers and 44% for others.