Calls for stamp duty to be cut in UK increasing 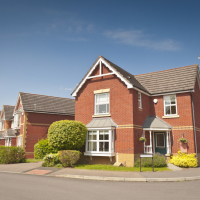 Calls for the Government to cut stamp duty, the tax paid on a home in the UK, to reflect what is actually happening in the housing market, are rising.

Experts believe the tax needs to be brought up to date to help both first time buyers and people who want to downsize but are put off by stamp duty which is paid in England, Wales and Northern Ireland and Land and Buildings Transaction Tax (LBTT) in Scotland.

First time buyers used to be exempt from stamp duty if purchasing a property costing less than £250,000 but this has now been reduced to £125,000, meaning that almost all first time buyers in London, for example, will pay the tax.

The tax also increased in scale, so the more expensive the house, the more a buyer pays and on top of this those buying a second home, including buy to let landlords, now pay an extra 3% in stamp duty.
This is at a time when despite the Government Help to Buy schemes first time buyers are still struggling to buy a home with numerous pieces of research showing that saving for a deposit and paying stamp duty are major financial concerns.

According to Nick Leeming, chairman at Jackson-Stops & Staff, supply is also an issue. He points out that record low mortgage rates and a lack of homes on the market may be good news for many home owners seeing the equity in their home increase, it does place the goal of home ownership further out of reach for aspiring first time buyers.

He also points out that the latest index figures are showing that prices are starting to fall. ‘Prohibitive levels of stamp duty continue to have a profound impact on market fluidity for higher value properties. We will have to wait and see how and if the Government decides to tackle this,’ he said.

Jeremy Duncombe, director of the Legal & General Mortgage Club, agrees. ‘Although house price inflation is at its lowest level in four years and beginning to align with inflation, lack of supply and the barrier of stamp duty is still leaving many hopeful first time buyers facing a mountain to climb,’ he said.

‘Increasing housing supply and addressing the possibility of a stamp duty exemption for first and last time buyers must remain at the top of the Government’s housing agenda,’ he added.

Broker Aston Mead is also backing calls for a reduction to stamp duty across all property price brackets in order to boost the level of activity in the housing market. ‘Not only is stamp duty a tax on moving, it also reduces the supply of new homes. This in turn further contributes to Britain’s housing affordability crisis,’ said Aston Mead land and planning director Adam Hesse.

‘All the benefits of brand new properties make them very attractive to those starting out on the housing ladder, as well as those downsizing after retirement. But the abhorrent levels of tax for buyers in the top price brackets means that those owners can’t sell, thereby stifling the market. Meanwhile, for first time buyers, it’s another few thousand pounds that they’ve got to find, at the point when they are making the biggest expenditure of their lives,’ he explained.

‘All of this means that people often continue to rent when they would rather buy, or they remain stuck in a property which is either too big or too small for them. It’s utter madness,’ he added.

Several experts have pointed out that lowering the rate of stamp duty is not likely to mean less revenue for the Treasury as an increase in sales will make up for any fall in the money coming in.

‘Stamp duty is actually a very inefficient way of collecting tax revenue. It only produces maximum income for the Exchequer if there is a high volume of receipts. So a significant reduction in stamp duty would actually boost Treasury coffers by increasing activity in the housing market,’ said Hesse.

A new report by the London School of Economics (LSE) and the VATT Institute for Economic Research, found that stamp duty reduces the rate of house moves by nearly a third, preventing large homes from being freed-up for young, growing families.