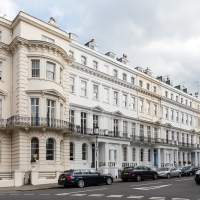 Property prices in London’s prime property market are continuing to fall but the number of new buyers registering in the market is rising, the latest monthly analysis report shows.

Overall prices are down by 4% in the central London market year on year and down by 4.8% in the outer London market, according to the prime London sales index report from real estate firm Knight Frank.

On a quarterly basis they are down by 1.7% in central London and by 1.6% in outer London, while month on month they are down 0.5% and 0.7% respectively in November compared with October.

But the report points out that the number of new prospective buyers registering in prime central London rose 7% in the year to October year on year, however sales over the same period were down by 12%.

‘As demand rises and sales volumes decline, pent-up demand is forming that may be released once political uncertainty recedes,’ said Tom Bill, head of London residential research at Knight Frank.

The data also shows that the ratio of new prospective buyers per new listing reached 5.4 in October, the second highest figure in more than three and a half years, which further underlines how pent-up demand is building.

Bill pointed out that despite the fact pricing in prime central London has been on a downwards trajectory since the summer due to Brexit related uncertainty, the annual price decline for higher-value properties is more modest.

There has been a similar trend in the prime outer London market which has led to more modest declines for higher value properties. Prices for properties valued above £5 million declined 4% in the year to November compared to 6% between £2 million and £3 million.

Looking at the dynamic of the market, Bill explained that a stock market sell-off in October was accompanied by a fall in bond prices. ‘This relatively rare event, caused by concerns over global growth and the prospect of further US rate hikes, produced a spike in volatility. Real estate can benefit when volatility impacts bond and equity prices,’ he said.

‘The yield on a 10 year Government bond fell below 1.5% in November. Yields on the so-called risk-free rate have been kept in check by the Bank of England adopting a cautious approach to rate rises. Meanwhile, property returns have risen as a result of rental value growth, widening the spread between the two fixed income streams,’ he added