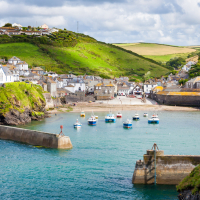 Older home owners in the UK who have benefited from years of strong house price growth now own three quarters of all housing equity with a total value of £2.8 trillion, new research shows.

Owners aged over 65 alone own 43% of that equity and are worth £1.6 trillion. By contrast, the under 35s account for less than £6 in every £100 of equity held by owner occupiers, according to the study published by real estate firm Savills.

There is considerable differences on a regional basis. Older households are at their most dominant in the South West where over 65s own 48% of all home owner equity and are worth a collective £176 billion. Add in the over 50s and together they own 80%, a total of £293 billion.

The research shows that at the other end of the scale, home owners under 35 account for only 4%, just £15 billion of housing wealth across the region.

Housing wealth in London is somewhat more evenly distributed across the different age groups of owner occupiers, although levels of home ownership are significantly below the national average at 48% in 2017 according to the English Housing Survey, compared to 63% across England.

The over 50s account for 65% of housing wealth held by owner occupiers while the under 35s own 11%, much higher than the 6% national average. The report points out that London is a youthful city with an average age of 36 compared to 40 across the rest of the country, which part explains this difference. It is also a city that sees families and older households transport housing equity out to adjoining markets and beyond.

‘Our analysis shows that there’s truth in the old stereotype of affluent households selling up in London for a move to the country. The figures for the South West of England are evidence of the trend for older home owners making a lifestyle move, making the region arguably the country’s largest naturally occurring retirement community,’ said Lawrence Bowles, Savills research.

However, the over 65s are not completely debt free. They have a total of £112 billion of outstanding mortgage borrowing still outstanding, but this is just 7% of the total value of their homes, Savills calculates. In stark contrast, the under 35s hold property with a total value of £220 billion, but borrowing of £117 billion.

‘Unlike many younger households, older home owners have huge buying power and a range of choices, particularly those in the South and East. Historically, high levels of house price inflation have contributed to the equity of existing home owners, but younger generations are unlikely to enjoy such a boost to their wealth,’ said Bowles.

‘We’re forecasting house price growth averaging just 14% over the next five years, half the 28% growth seen over the last five. But this analysis considers only those lucky enough to own their own home. Older households in the private rented sector face less certain housing costs without a store of housing equity to fall back on,’ he added.