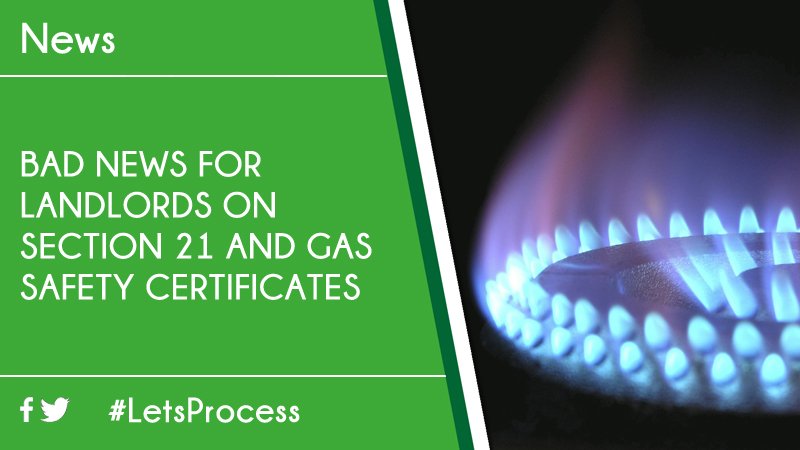 A county court ruling on Section 21 notices could have drastic implications for landlords and lettings agents who haven’t obtained gas safety certificates ahead of a tenancy starting, lawyers have warned.

Dutton Gregory Solicitors, which run’s ARLA Propertymark’s helpline, has written to the trade body to highlight a county court judge ruling last month that landlords who did not provide a gas safety certificate at the start of a tenancy could find that any attempts to issue eviction notices are invalid.

Judge Jan Luba QC was hearing an appeal against a ruling that dismissed a possession claim by Caridon Property after the tenant, Monty Shooltz, said a gas safety certificate hadn’t been issued to him at the start of the tenancy.

The judge rejected the appeal and said since implementation of the Deregulation Act 2015, a Section 21 notice can only be service if a landlord has complied with Gas Safety (installation and use) Regulations 1998 rules.

The 1998 regulations state that a certificate must be given within 28 days of a check to existing tenants but must also be given to any new tenants at the start of a tenancy.

The judge said: “Once that opportunity has been missed, there is in my judgement no sense in which it can be rectified.”

Robert Bolwell, head of landlord and tenant at Dutton Gregory, said the decision was not binding on the judicial system as it was a county court ruling but pointed out that Judge Luba was highly regarded so his decisions may well be followed by others.

Bolwell said: “If landlords or their agents have not served the gas safety certificate before a tenant takes up occupation of a property, there may well indeed be fatal consequences but in the meantime the judge’s learned words are creating considerable uncertainty each time a possession action is considered.”

He said trade bodies were making representations to the Government regarding how the drafting of the 2015 regulations create an issue that a landlord or agent can never rectify.

Bolwell added: “For practitioners it is now more important than ever to have a paper trail and to be able to prove that a gas safety certificate was given to a tenant ‘before’ they take up occupation under an assured shorthold tenancy.”